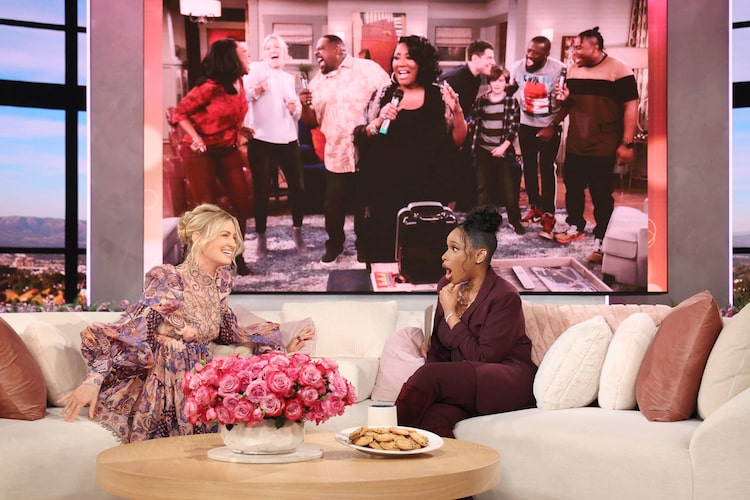 Beth Behrs is opening up about singing with a music icon.

On Monday’s episode of “The Jennifer Hudson Show,” JHud interviewed the star of “The Neighborhood,” who said she sang “Lady Marmalade” with Patti LaBelle on her CBS sitcom. The legendary singer plays Marilyn, the mother of Cedric the Entertainer’s character.

“We did a karaoke scene and me, Tichina [Arnold], and Marcel [Spears] got to do the harmonies and we were working them out with Patti and all of a sudden, we all just stopped, and we were like, ‘Oh, my God! We’re working on harmonies with Patti!’” Beth told Jennifer Hudson.

At one point, Patti told the actors, “You guys can come on tour with me, maybe.”

In addition to being an actress and a singer, Patti is also a talented chef and a baker who has written several cookbooks.

“I got her to sign all my cookbooks,” Beth told Jennifer.

For one of the books, Patti wrote, “Dear Beth, keep on cookin’!”

Check out more highlights from Beth’s interview, below:

Beth’s Horse Is Jealous of Her 4-Month-Old Daughter 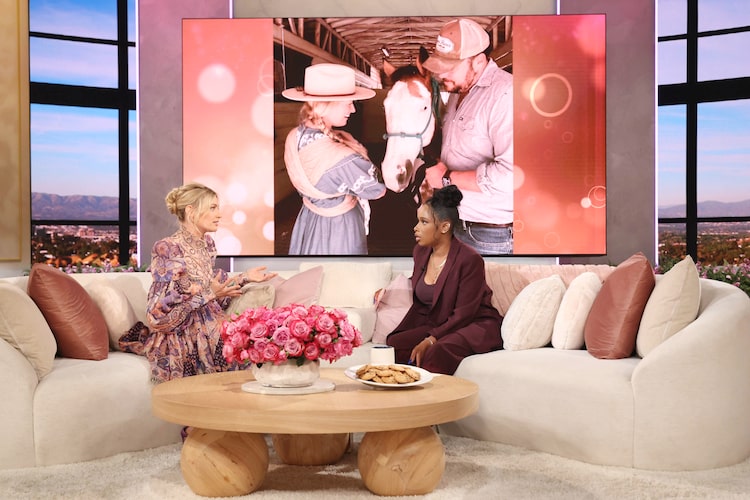 Beth told Jenn that she, her husband, and their 4-month-old daughter Emma are a proud “animal family.”

“My daughter met our horses [on] day five,” Beth said, adding that she has a Yorkie named Betty and has 50,000 bees. “We were those people who took our daughter to the barn and put her on my husband’s huge horse.”

Beth said she hopes her daughter grows up to be a veterinarian so she could get free treatment for all of her animals.

However, Beth said one of her horses, Belle, has become jealous of her daughter!

“Now, I think time went by and [Belle] realized, ‘Oh, my mom doesn’t come to the barn as much anymore because of this child,” Beth said.

The last time Beth brought Emma to the barn, the horse “looked” at the family and “turned her back”!

“When [Belle] hears my voice, she calls out a neigh when she hears me from the parking lot. And this time, I came with Emma and I’m like, ‘Hey Belle!’ and she just turned away.”

Beth Wants to JHud to Sing to Her Horse!

After Beth told Jenn about her horse woes, Jenn recalled a time when she had to work with the four-legged creature.

“The last time I was with a horse, I sang to it because I was so nervous,” Jenn said about her own experience.

Noting that “Belle really likes singing,” Beth asked Jenn, “Will you come sing to my horse?”

“I would love to!” Jenn responded.

But when Beth suggested that Jenn sing a song from “Dreamgirls,” she warned, “I may scare the horse if I sing ‘Dreamgirls!’”

Jenn’s powerhouse vocals in “And I Am Telling You I’m Not Going” might be too much for Belle!

Beth Geeks Out with Tichina Arnold 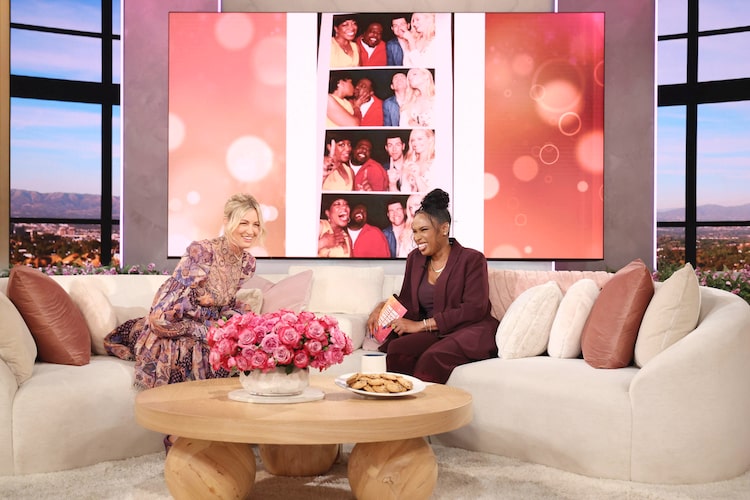 Beth told Jenn that she had worked with her co-stars on “The Neighborhood” prior to the sitcom’s 2018 debut.

While she worked with Cedric on the comedy “2 Broke Girls,” she had collaborated with Max Greenfield on the 2015 film “Hello, My Name Is Doris.”

“We have way too much fun,” Beth said.

Though she didn’t previously work with Tichina, she’s a huge fan of her 1986 musical “Little Shop of Horrors” in which Tichina played Crystal.

“I still talk to her about it and geek out over it,” Beth said.

When Jenn said that the show feels very much “like a neighborhood environment,” Beth answered, “It really is.”

“A lot of shows say that, but I feel like on screen, you can really tell that we love each other,” she added. “I feel like we are a family, and it comes across on the show which is the whole message of the show.”

Beth on Why She’s Never Been Into Halloween 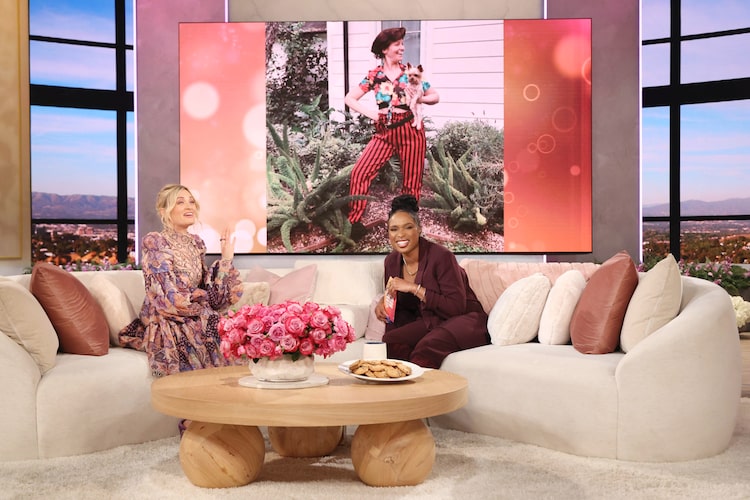 Beth told Jenn that she didn’t really like Halloween growing up.

“I feel like our job is to dress up for a living and so I’ve never been into it,” she explained.

However, Beth got festive this year when she dressed up in multiple costumes including Ace Ventura from the 1994 Jim Carrey movie. She also dressed Emma up as a bumblebee.

Additionally, her entire family dressed up as characters from “The Wizard of Oz.” Emma was Dorothy, Betty was Toto, Beth was the scarecrow, Beth’s mom was Glinda, and Beth’s husband was the Cowardly Lion.

“We went hard,” Beth said about her Halloween.