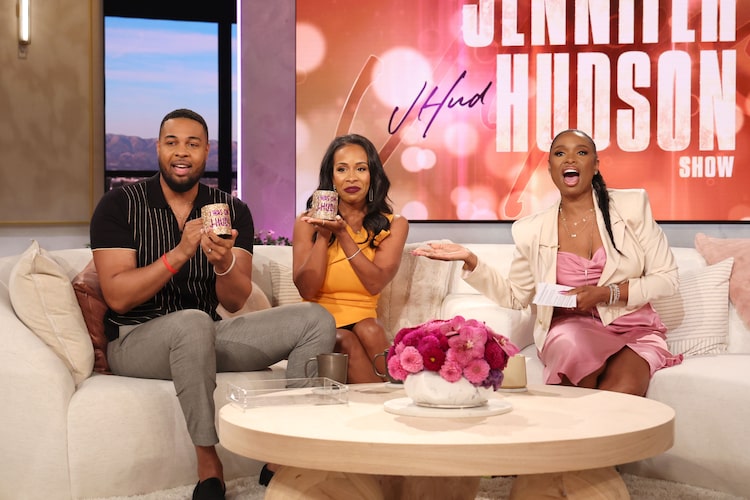 Jennifer Hudson is taking on a new role — anchorwoman!

The “Dreamgirls” actress channeled her inner newsreader on Wednesday’s episode of “The Jennifer Hudson Show,” when gone-viral Washington, D.C., newsreaders Jeanette Reyes and Robert Burton sat down on the host’s cozy couch.

The couple — known for posting funny at-home newscasts centered around their baby Isabella — explained how their Instagram account took off after they shared a funny video in September 2020. Jeanette — who works for Fox 5 — told Jennifer how she was initially nervous to pitch the idea to Robert after her brother constantly made fun of the way they changed how they spoke to do their jobs reading the news.

Robert — who works for ABC 7— admits he wasn’t keen on the idea at first, and didn’t even have an Instagram account because he wasn’t big into social media. However, two years following their successful post, the pair were happy to show Jennifer how to find her own anchorwoman voice.

The parents also indulged Jennifer in the random word game of “This Just In.” As Jeanette and Robert improvised a scenario involving “clowns” and a “rescue,” Jennifer jumped right into the role of eyewitness.

Watch the clip to see JHud hilariously get into character.

Elsewhere on the show, Jennifer and Connie Britton spoke about raising their sons, both of whom love music and dancing, as JHud reveals how her son is shy when it comes to singing and Connie urges fans to help feed America.