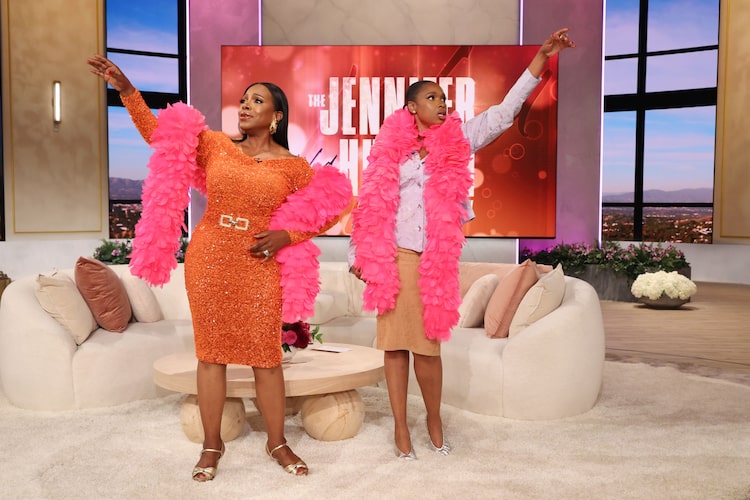 Sheryl Lee Ralph is reliving her Emmy Awards dream… and Jennifer Hudson’s helping her do it!

The actress — who this year won the Outstanding Supporting Actress in a Comedy Series Emmy for her role on “Abbott Elementary” — recalled the moment she learned she was nominated for the accolade in an Instagram post on Monday.

On Tuesday’s episode of “The Jennifer Hudson Show,” she stopped by to see the host, who just so happens to work nearby on the same lot at Warner Bros. Studios! After telling JHud she couldn’t come by and not see her, Sheryl and Jennifer discussed something else they have in common.

EGOT winner Jennifer — who recently turned 41 years old — won an Oscar for her portrayal of Effie White in the 2006 “Dreamgirls” movie. But 41 years ago, Sheryl had just started out in the Broadway production of “Dreamgirls.” Sheryl received a Tony nomination during her time in the production. Jennifer then got to live out a dream as they teamed up to go through some steps together!

“I'm so excited to do this. You're the original Dreamgirl, baby, not me,” Jennifer told Sheryl as they got up off the couch to practice.

With the help of some fabulous pink feather boas, one of which Sheryl said she was definitely taking home, the ladies sang and swayed along to the sounds of in-studio pianist Charles Jones, who appeared in “Dreamgirls” with Jennifer!

The women ended the performance with a sweet hug as Sheryl told Jennifer, “I’m so proud of you. Do your thing, girl.”

“This is amazing! Oh, my God! I can’t believe I just got to have that moment with you,” JHud responded.