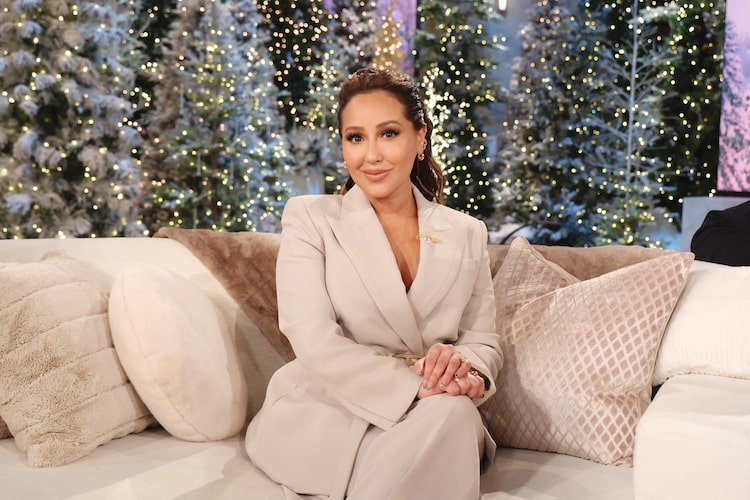 Adrienne Bailon-Houghton is giving hope to everyone out there struggling to start a family.

In August 2022, she and her husband, Grammy-winning music producer Israel Houghton, welcomed a baby boy, Ever James, via surrogate.

“Congratulations on motherhood!” Jennifer told a beaming Adrienne on Tuesday’s episode of “The Jennifer Hudson Show.” Congrats are definitely in order: it took Adrienne six years of struggling to finally be able to have a child.

“I think for such a long time it was a quiet journey I had with just myself,” she told Jennifer. “I didn’t expect it would be so hard for me to have a child. I don’t think women really talk about fertility issues.”

The former co-host of “The Real” underwent eight unsuccessful cycles of in vitro fertilization (IVF) in five years, leaving her with one last embryo. She could have had it placed in her body, which previously resulted in multiple miscarriages, or she could go with a surrogate, which is ultimately what she and her husband decided to do.

“This is my last option right now,” she recalled telling her mother, who was initially against her using a surrogate.

Adrienne, too, never imagined this is how she would bear a child, but learned from the experience. “I think that’s what hurts us the most in life — the idea of what’s ‘supposed to be,’” she said.

Adrienne lit up discussing Ever’s birth. “I pulled him out myself,” she told Jennifer. “I put him right on me and we did skin-to-skin.”

“I’m the first touch he ever experienced… I would not change a thing about it.”

She hasn’t given up hope that she’ll be able to carry her own child one day. “I’m literally the most delusional person or maybe the most hopeful human being.” No matter what happens, she says, “I’ve been blessed.”

Adrienne is such a doting mom, in fact, she’s been taking photos nonstop of her baby boy and running out of storage space on her phone! “I had to get a whole other phone,” she said.

Adrienne shared with Jennifer that she is planning to launch a new YouTube channel, Happily Ever Houghton, which Adrienne describes as “intimate.”

“For a long time I wasn’t able to talk about my fertility journey because I felt like I didn’t have any hope. Now I feel like I have information and I’ve been through so much and I don’t want people to feel alone like I did.”

In addition to discussing her fertility journey, she’ll be discussing all sorts of topics — including her crazy food combinations, like tuna fish and fruit punch and salt-and-vinegar potato chips with coconut ice cream. “It’s sweet and salty!” she insisted. 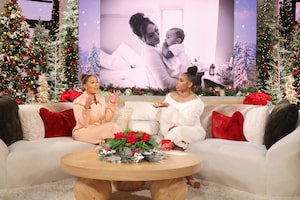 Adrienne Bailon-Houghton on Her First Holiday Season with Baby 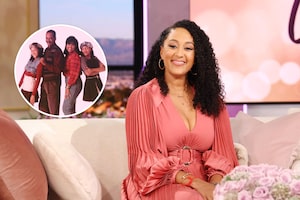 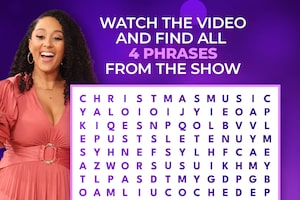