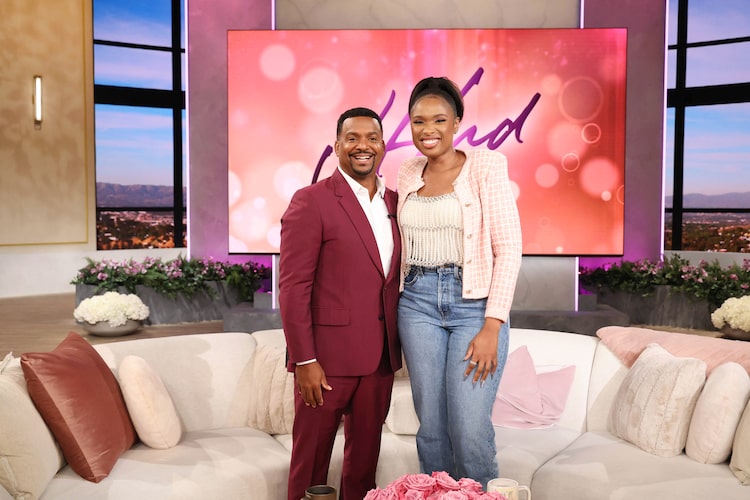 On Thursday’s episode of “The Jennifer Hudson Show,” JHud interviewed the “Dancing with the Stars” co-host, who revealed that he comes from a long line of performers.

“My grandfather on my dad’s side was a calypso singer. We’re from Trinidad and Tobago; he was the ‘Lord Hummingbird,’” the “Fresh Prince of Bel-Air” alum said.

Additionally, Alfonso told Jennifer Hudson that his mom was an extremely talented singer who never pursued music because she was “so, so shy.”

“She would sing every morning, and on Sunday, she would make a traditional Trinidadian breakfast for the family,” he recalled. “All of us would stay in our rooms and not come out, because the moment we came out, she would stop singing.”

Though she wouldn’t sing for a crowd, Alfonso declared, “My mom has the greatest voice I have ever heard.”

Check out more highlights from Alfonso’s interview, below:

What Alfonso Loves About ‘The Jennifer Hudson Show’ 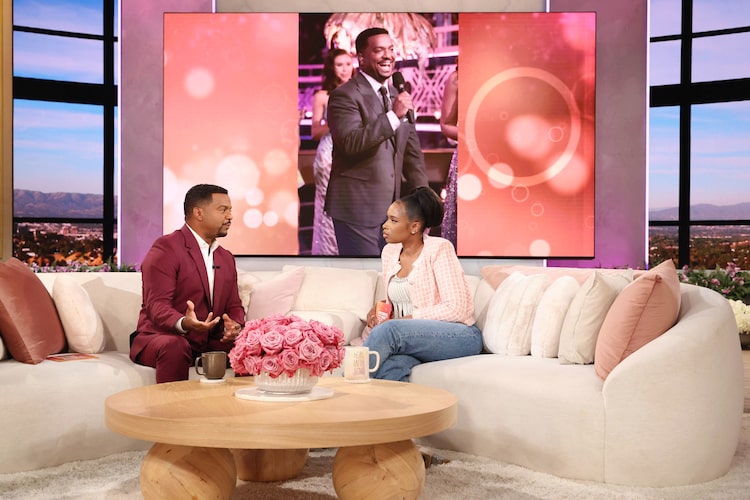 While praising Jenn on her new daytime talk show — “You’re doing a fantastic job, I’ve been watching” — he told her that “the number one thing about hosting is being yourself.”

Fortunately, Alfonso — who has hosted shows such as “Unwrapped 2.0” and “America’s Funniest Home Videos” — said Jenn is doing exactly that.

“You are yourself out here and you are engaging and allowing people to experience you,” he said.

“I don’t take that lightly coming from you,” Jenn replied.

How Alfonso Got His Start in the Biz

Alfonso told Jenn that when he was a child, his parents took pictures of him and sent them to agents. After getting signed by an agency, he auditioned for a TV show called “OYE Willie,” booked it, and has been working ever since.

“We did 13 episodes on PBS and literally I worked from day one,” he said.

Years later in 1984, Alfonso was cast as the title character in Broadway’s “The Tap Dance Kid.”

“You wasn’t born yet,” he joked to Jenn and the audience. 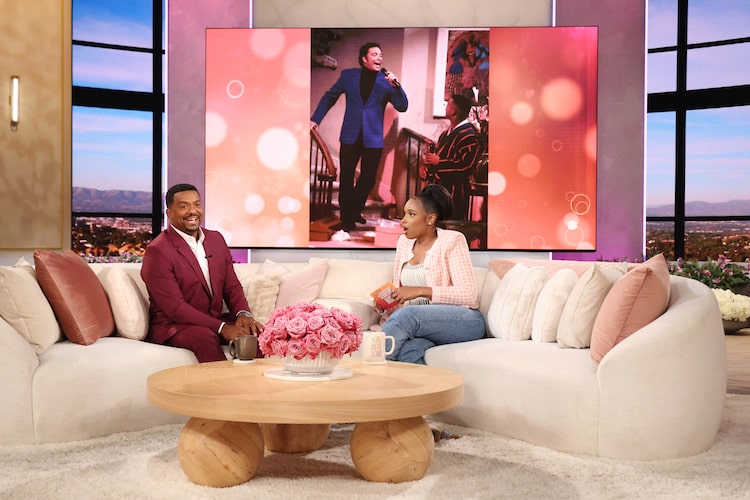 Jenn knows Tom Jones from her time as a judge on “The Voice U.K.” and Alfonso performed with the legendary singer on an episode of “The Fresh Prince of Bel-Air.”

However, Alfonso admitted to Jennifer that he didn’t listen to the “really cool and wonderful” Tom’s music prior to his cameo.

“I grew up in the Bronx. I was born in Harlem and Tom wasn’t very big in the neighborhood. I feel like Tom got bigger in the neighborhood because I got to [perform with him] playing Carlton,” he said, referencing his character on the hit sitcom.

And he shared an interesting theory about the Welsh crooner, joking to JHud and the audience that he thinks “Tom Jones is Black.”

“I heard people say that all the time!” Jenn responded about her time on “The Voice U.K.”

“We’re not doing [DNA test 23andMe] or nothing, but I think Tom Jones is Black,” Alfonso continued. “Tom, come clean!”

“Look at that hair! That ain’t no regular white dude hair!” Alfonso reiterated. “I love you, Tom, but your hair says something different.”

He Breaks Bread with the ‘Dancing with the Stars’ Cast 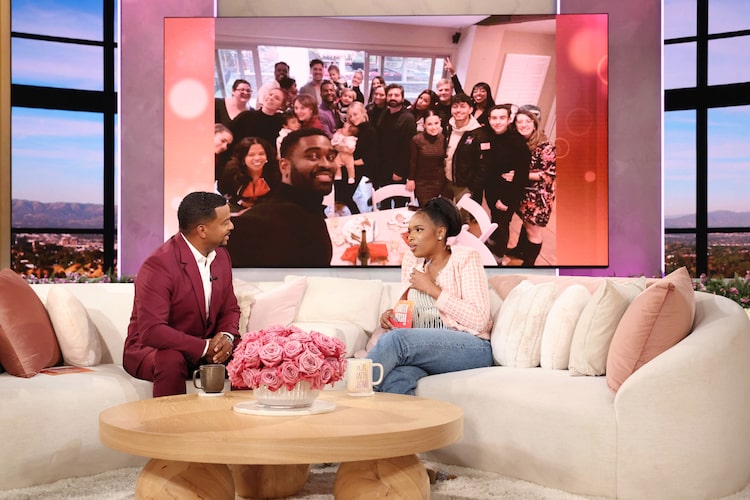 Alfonso said he and the “Dancing with the Stars” cast are “like a family.”

“The dancers are really true friends of ours now,” he said.

For Thanksgiving, Alfonso and his wife invited all the dancers to their house “because a lot of them are from different places.”

“They might be from Russia or South Africa or Ukraine or wherever,” he explained. “They don’t have family here in California. [But] this is your family.”

Alfonso Used to Be a Circus Performer! 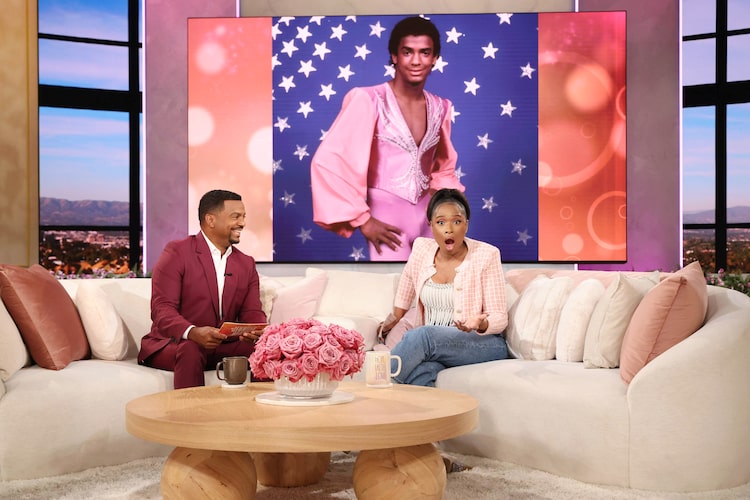 During the episode, Alfonso and Jenn played a game of “AlfonSO or AlfonsNO,” in which he read statements that Jenn had to guess was true or false.

The pair discussed whether Alfonso showed Janet Jackson dance moves that she used in her “Rhythm Nation” music video, and walking on a high wire blindfolded!

Back in the day, he was on a show called “Circus of the Stars” where he performed various tricks and became the “first person to ever tap dance on a high wire.”

“How did you do that?” Jenn asked, to which he replied, “Very carefully.”

He Is ‘Tripsies’ with Mark-Paul Gosselaar & James Van Der Beek

“We call ourselves ‘COVID campers’ because during COVID, we bought an RV,” he explained. “Mark-Paul Gosselaar actually ended up switching his RV and [bought] the same RV that I had.

“We became friends with James Van Der Beek and we convinced [him and his family] to buy the same RV. So, the three of us can go to an RV park and we roll up as ‘tripsies.’”

The brotherhood of the matching RVs!