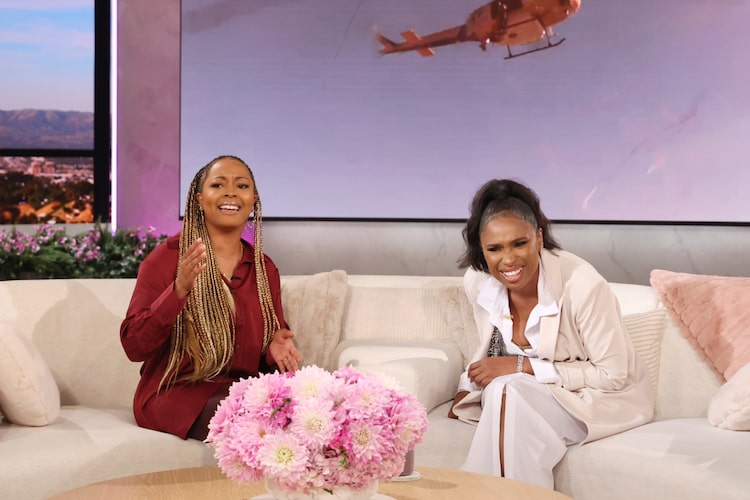 “Love Is Blind” hosts Nick and Vanessa Lachey were guests on Friday’s episode, and JHud shared her thoughts on the concept of the show where couples date and discuss getting engaged before meeting in person.

Next up, she thought it would be fun to hear some cringeworthy dating tales from her team.

First up was our awesome producer, Court!

After connecting on a dating app, Court and her date decided to finally meet in person and went hiking because the activity was listed on her dating profile.

Though Court likes to walk during her hikes, her “athletic” date took them to an extremely intense trail.

“The first hour we’re not talking because [the hike was filled with] physical activity,” she said.

After finishing the difficult hike, Court and her date headed back to their car. Though the date offered to “lead the way,” Court insisted she do so, as she is an “independent woman.”

However, it didn’t go well.

“I walked and on my third step, my foot went [break sound] and my ankle went [even worse break sound]!” she told Jennifer.

Not only did she break her ankle, but she also had to get airlifted by helicopter out of the trail.

“[The helicopter] dropped me off in a baseball field,” Court noted.

Being the “super nice” guy that he is, Court’s date ran back down to meet up with her and drove her to the hospital because she refused to pay for an ambulance.

While the relationship didn’t work out because she wasn’t in the right space, Court still commends the guy as a “wonderful person.” 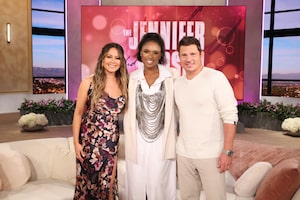 Nick and Vanessa Lachey’s Kids Want to Be Like Their Mom After Watching ‘NCIS: Hawaii’

Later in the segment, Jenn’s stylist Verneccia Étienne, aka “V” aka “the V machine,” told a story of how she went on a date with a guy in her friend circle. For purposes of confidentiality, she referred to him as “Mark.”

“He had a crush on me [and] I gave him a chance after five years,” she said.

Though V initially proposed that the two go to church, she and “Mark” compromised and decided to go to church after their first date.

When “Mark” showed up to V’s place, he wore a nice suit and brought her a bouquet of roses. He even put a blindfold on her, as he had a huge surprise in store.

But, after they arrived at their destination, V immediately heard loud “rap music.”

Once inside, V took off her blindfold and realized she was at a strip club! 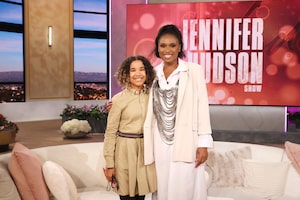 “All the strippers knew him. [They asked,] ‘Is this your friend?’ All night, [they were] trying to give me lap dances,” V recalled.

“I just wanted to take him to church, but he took me to the strip club first,” she continued.

These days, V is happily married and told single people everywhere, “There is hope!”