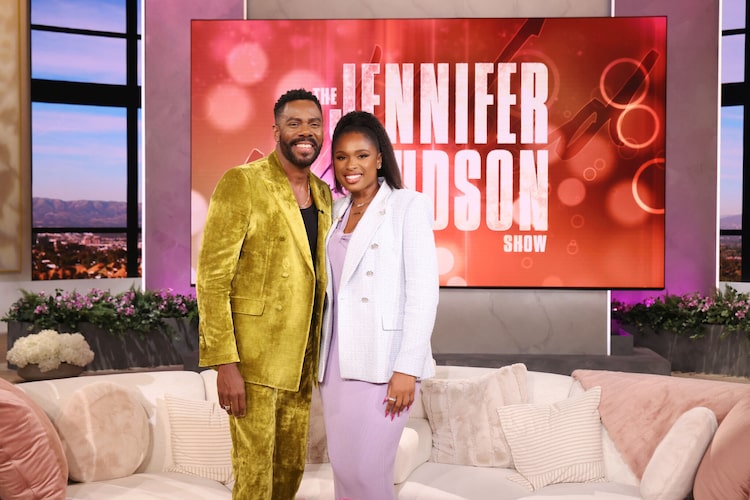 Colman Domingo has some little-known history with his “Euphoria” co-star Zendaya!

On Thursday’s episode of “The Jennifer Hudson Show,” the actor discussed his recent Outstanding Guest Actor in a Drama Series Emmy win for portraying recovering drug addict Ali on the HBO show.

Colman told Jennifer Hudson that when the pair started working together on the hit drama, they were initially unaware of a previous connection.

While on set, Colman and Zendaya realized they both previously lived in the Bay Area, where he acted in the California Shakespeare Festival. Turns out, young Zendaya had watched Colman in a production of “All’s Well That Ends Well” in which he wore a white suit on a motorcycle to portray character Autolycus. Talk about a coincidence!

On the subject of another megastar with whom Colman has worked, the actor spilled the tea about the upcoming “The Color Purple” adaptation — co-produced by the one and only Oprah Winfrey!

In one scene, Colman and his screen partners stood near a giant oak tree. While on set, Oprah decided to stand under the tree, so Colman and his co-stars sang to Oprah directly!

Overall, Colman — who recently created an animated short called “New Moon,” a collaboration between him and husband Raúl Domingo — says Oprah has been a champion of this exciting project.

And it’s not the first time Colman has met Jennifer; they connected at the Tonys — aka the night where she completed her EGOT. Colman clearly loves award shows: He told Jennifer how he breakdanced at an Emmys after-party… even though he doesn’t know how to breakdance!

Though his voice was a bit hoarse from the celebrations, Colman is glad he did the most and got to chalk it up with his colleagues.