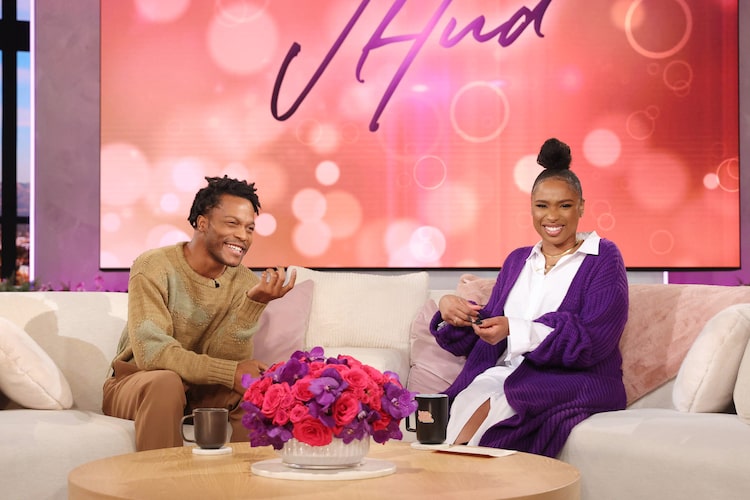 You need to know Jermaine Fowler!

The actor and comedian has appeared in films including “Sorry to Bother You,” “Judas and the Black Messiah,” and “Coming 2 America,” where he worked with his comedy idol Eddie Murphy.

“They say don’t meet your heroes, but I’m glad I met that guy. He’s a wonderful dude,” Jermaine told JHud while appearing on Friday’s episode of “The Jennifer Hudson Show.”

Get to know this hilarious actor and comedian!

He has a twin

Jermaine and his fraternal twin brother Jerome were born in Washington, D.C., and were raised in Hyattsville, Maryland, along with their two other siblings. He now lives in Los Angeles with his girlfriend and two kids.

Eddie Murphy inspired him to be a stand-up comedian

Jermaine recalled being given a tape of Eddie Murphy’s infamous stand-up special “Raw” when he was a teenager. “I watched that tape like three times a day,” he told JHud. “It just clicked in me. That’s when I knew I wanted to do stand-up.”

He originally wanted to be an actor, but the only show filming in Maryland, where he grew up, was “The Wire.” “I’m not a good drug dealer,” he said of the HBO drama. So he had to find other ways to perform, and that led him to finally pursuing stand-up comedy as a way to become an actor.

Jermaine got his big break when he was cast as Eddie Murphy’s character Prince Akeem’s long-lost son in the film “Coming 2 America.”

“It’s so full circle,” he said. “It was so crazy meeting Eddie. They say don’t meet your heroes, but I’m glad I met that guy. He’s a wonderful dude.” JHud agreed — she also worked with Eddie on her first film, “Dreamgirls.”

“I just watched him, I listened to him when he spoke,” he said. “He’s just so smart. He has a mind for comedy, and he appreciates the ones who came before him as well.”

He stopped doing stand-up due to personal tragedy

Jermaine started performing stand-up at age 17 but took a break when he suffered two deeply personal tragedies. First, his mother, Marsha, passed away in 2018. “She was an inspiration,” he told Jennifer. “She was so funny. I was just sad, so I didn’t want to do it.”

Soon after, his best friend and collaborator, comedian and actor Kevin Barnett, passed away from pancreatitis in 2019. “He was like the funniest comedian ever,” he said, getting choked up. “I just didn’t feel happy. I just didn’t feel like going onstage.”

Things started to change in 2020. “The pandemic hit, and I realized everybody is sad,” he said. “So let me go onstage and let me talk about this. It helped because everyone is kinda going through the exact same thing, and now I’m sharing these moments of the people I miss so much.”

He learned jiujitsu during the pandemic

“When the pandemic hit, I had nothing to do,” he said. “I was bored, and I always wanted to try martial arts.”

So Jermaine signed up to train in Brazilian jiujitsu. “It’s a beautiful sport,” he added. “It’s gruesome, but it’s so beautiful.”

He’s currently a white belt and is still in training. So far, he said he’s won one fight out of four. Not bad at all!

Jermaine can be seen next in the improvised comedy “The Drop,” which premieres January 13 on Hulu, and in the film “The Blackening,” premiering in theaters this June. 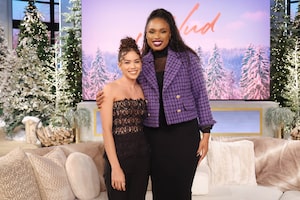 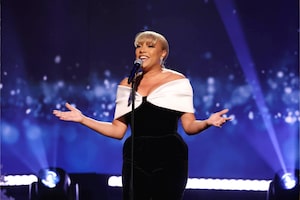 5 Things You Didn’t Know About Sheléa 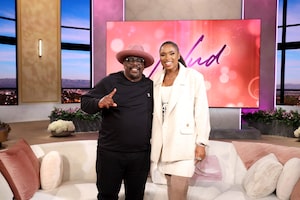