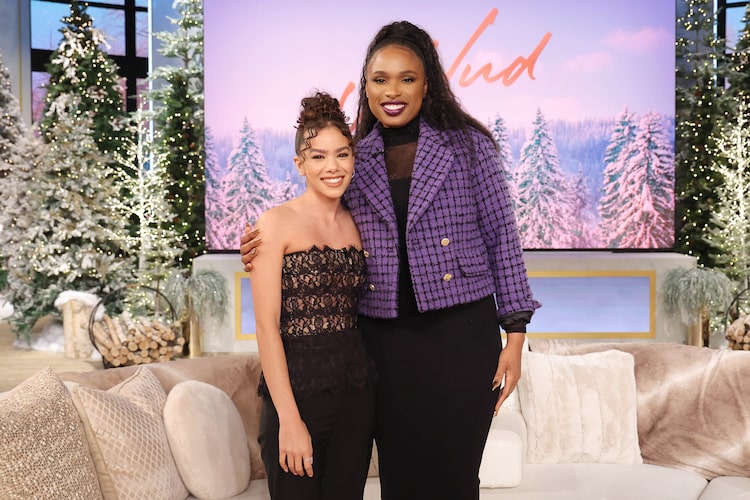 Antonia Gentry is on the rise!

The “Ginny & Georgia” star stopped by “The Jennifer Hudson Show” to promote Season 2 of her Netflix show and have a lovely chat with JHud about proudly representing biracial identity on TV — and their shared love of cats!

Get to know more about Antonia — or should we say, Toni!

Though her full name is Antonia, she goes by Toni — or basically anything other than Antonia. “Growing up, people called me Antonio or Antoine, literally anything that wasn’t my name,” she says.

Toni plays a biracial character on “Ginny & Georgia,” a family dramedy on Netflix that follows a 15-year-old girl and her 30-year-old mom.

“I think it’s really important to have representation,” she said. “Growing up, I didn’t really have a lot of mixed-race leads in shows. I think Raven-Symoné was one of the few.”

She told Jenn, “This character, Ginny, goes through a lot of identity challenges, mental health challenges, and I’ve had hundreds of messages from fans saying they felt seen for the first time. That just feels so gratifying.”

She almost didn’t audition for ‘Ginny & Georgia’ because of finals

Toni revealed that her breakthrough role on “Ginny & Georgia” almost didn’t happen because auditions were in the middle of finals week her last year in college. She decided to prioritize taping her audition over studying for her linguistics class, and thankfully, she got the role! (She also passed her linguistics class!)

She is consistently mistaken for a minor

The 25-year-old said she gets mistaken for a teenager every day, likely because of her youthful appearance and her 5-foot-1 height. She was even mistaken as a minor going through TSA at the airport while on her press tour for the show. “No, I’m 25, I pay bills and have a degree,” she recalled saying.

Toni loves going to karaoke and even took her “Ginny & Georgia” cast out for a night of singing. Her go-to tunes? Pretty much anything Whitney Houston. She’s not the only Whitney fan in the house!