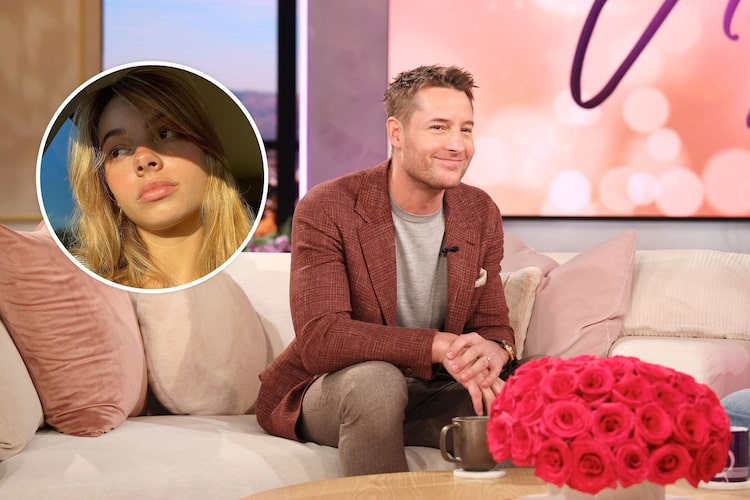 Justin Hartley is reflecting on the downsides and upside of being an empty nester.

On Thursday’s episode of “The Jennifer Hudson Show,” the “This Is Us” alum told Jennifer spoke about his 18-year-old daughter Isabella going off to college.

“It’s tough when they leave you,” he added. “They gain independence, and they’re gone. They have their own friends.”

Though Justin said he could text or call his daughter, it won’t be the same.

On the flipside, Justin shared with Jennifer the one benefit of his daughter going off on her own.

“What does happen is that you have more time to party,” he said.

Check out more highlights from Justin’s interview, below. 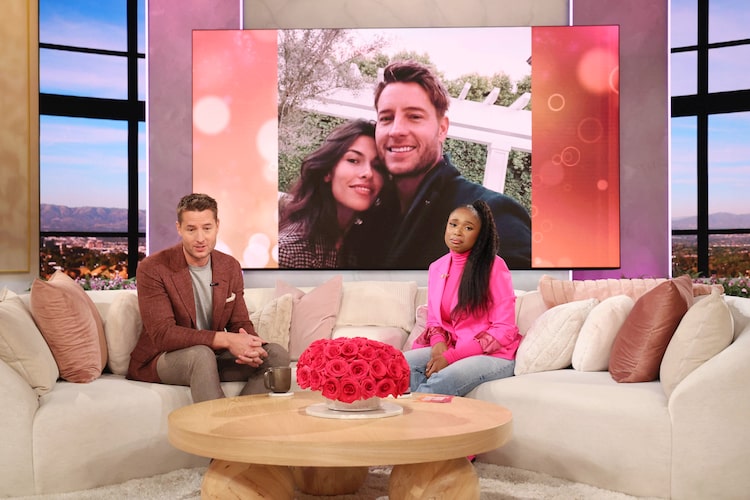 Justin told Jennifer that his wife Sofia Pernas was born in Morocco and then later moved to Orange County, California. He also said she speaks multiple languages, including Spanish, Arabic, French, and German.

“I speak three-quarters English,” he joked. “I thought I was good, [but] I met her and I’m really bad at English.”

Though the couple have yet to travel together to her birthplace, Justin said they plan to go soon.

Justin said they traveled to Chicago, around 30 miles from Orland Park — the suburb where he grew up.

“The hospitality is wonderful,” Justin said, adding that they went to various restaurants as well as a Chicago Cubs baseball game.

When Jennifer, a Chicago native herself, asked Justin if he took Sofia during the wintertime, he said no.

“I wanted her to like it,” he hilariously said, explaining that they went in the summer.

Justin on ‘Kind Of’ Acting in His First Play

Justin told Jennifer that his first role was playing Frosty the Snowman in a grade-school play.

“I got cast as Frosty, the lead. This is easy, this showbiz thing,” Justin thought at the time.

However, Justin said he “kind of” acted in the production, as his character was “not alive” and “doesn’t talk.”

“My job was to stand stick still while everyone else gets to sing and dance,” he said.

While this role didn’t inspire his love of acting, Justin said he was motivated to pursue the entertainment industry after appearing in a play in college.

“I got lines and everything.”

Justin on Appearing in a Beer Commercial

After Justin moved to Los Angeles after college, he said he got cast in a beer commercial where he was told to improvise his dialogue.

“Do it again, a different way,” he said about his instruction.

However, when Justin watched the commercial, he said it featured all music and contained none of his ad-libbed lines. 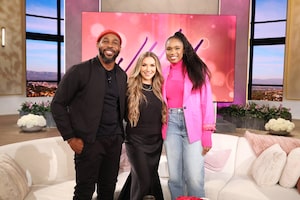 Justin on ‘This Is Us’ Ending This Year 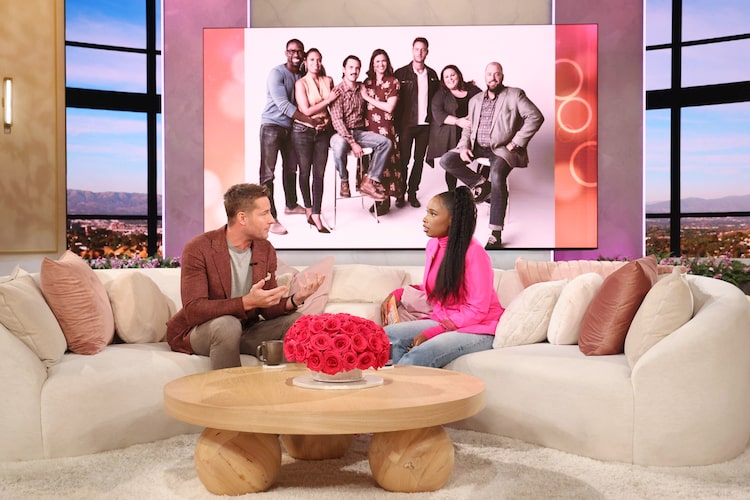 In May of this year, Justin’s hit drama “This Is Us,” ended after six seasons.

When Jennifer asked Justin how he felt, he commented on the bond that he shared with his co-stars.

“We are a family,” he said. “We had a great opportunity. Often, you don’t get to finish the series. A lot of my former shows [told me,] ‘You don’t need to come to work.’

“We garnered an audience, we got to finish the story,” he added. “You miss the people, but I don’t have the unfulfilled feeling of, ‘I didn’t tell my story.’”

Justin told Jennifer that while he doesn’t rewatch episodes, he did watch the show when it was on and admired the work of his castmates.

“When you’re part of an ensemble cast, you’re not in all of the stories,” he explained. “You’re watching your friends and family tell these amazing stories.”

Justin told Jennifer that his mom had a holiday tradition of writing handwritten notes and putting them in ornaments that were specific to each of her children. Justin added that his mom continued this tradition with all her grandkids.

“Christmas has always been great,” he said.

Justin also said he likes to decorate for the holidays and will put up several artificial trees in his house.

“It’s easier,” he said as to why he doesn’t use real ones.

However, he said the trees wear out through the years and must replace them.

Unfortunately, Justin said he once got confused as to which parts of the trees were new and which were old.

“I threw away half old ones and half new ones,” he said.