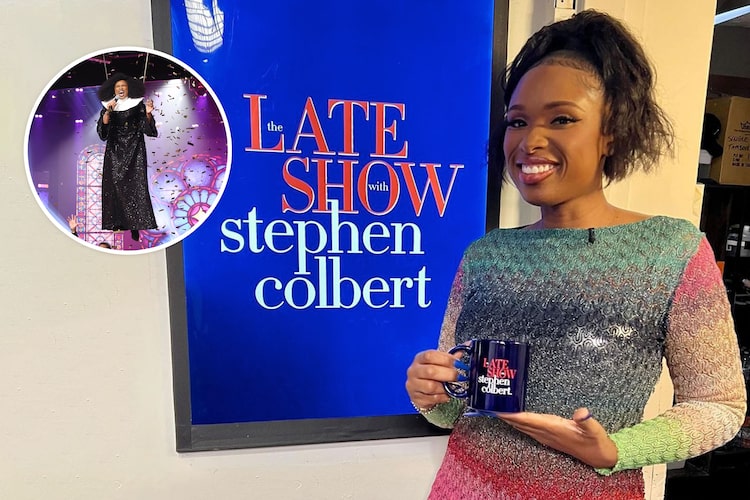 Jennifer Hudson is revealing how she really felt about being hoisted into the air for her Halloween special!

On Monday night, JHud appeared on “The Late Show with Stephen Colbert,” where she discussed dressing up as Whoopi Goldberg’s character in the “Sister Act” franchise for her daytime talk show’s special episode.

After singing a few songs from the iconic series, Jenn was hoisted up in the air as confetti was released from the ceiling.

“That was so fun,” she told Stephen about the magical moment. “[“Sister Act 2”] is one of my favorite movies ever, so to be able to be [Whoopi] for Halloween and then get to sing those songs — as a little girl, that’s what I used to dream of.”

“It was my favorite Halloween yet, hands down. Hands down,” she added.

However, Jenn admitted that the equipment she wore for her stunt was a bit uncomfortable.

“I had so many things under that costume. It was the harness and the [steel brackets]. So, we rehearsed that quite a bit.”

When Stephen asked if she was nervous, Jenn answered, “As long as they didn’t keep me up there too long, I was okay. But I was like, ‘How long am I going to be up here?’”

Jenn also told Stephen that she is “getting used to” hosting her own show, especially the new television terms she must learn.

“All the producers will run around because they’re super major and mad advanced and I’m like, ‘Guys, I’m new. What does area mean and what does teaser mean?’ she continued. “I’m still learning those terms because it’s a whole new world, at least for an actress and a singer.”

Jenn also discussed her tradition of drinking from a mug with an aspirational saying.

“When I get up in the morning, I always have just my spit of coffee in a little cup, so each one has a different saying, whatever I feel I need,” she explained to Stephen.

“Like, ‘I need a cup of peace or a cup of love,’ and I pick that up and I drink out of it. It’s an affirmation, it’s inspiration, so I recommend it for everyone.”

Jennifer was thrilled with the “Late Show” mug Stephen gifted her to add the collection.

“I love it!” Jennifer responded. 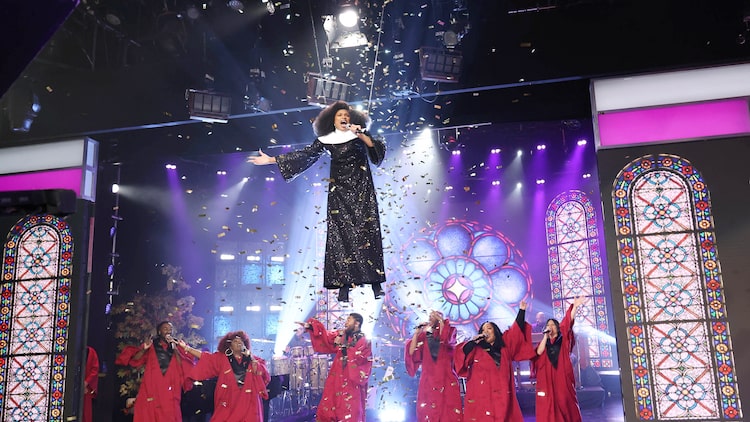 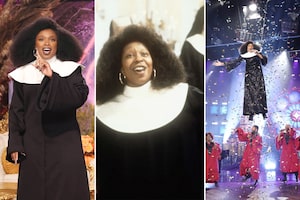 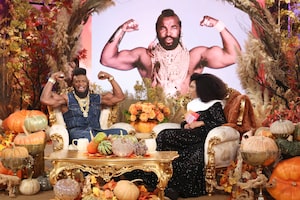 Terry Crews Is the Spitting Image of Mr. T for Halloween 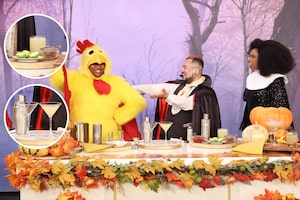