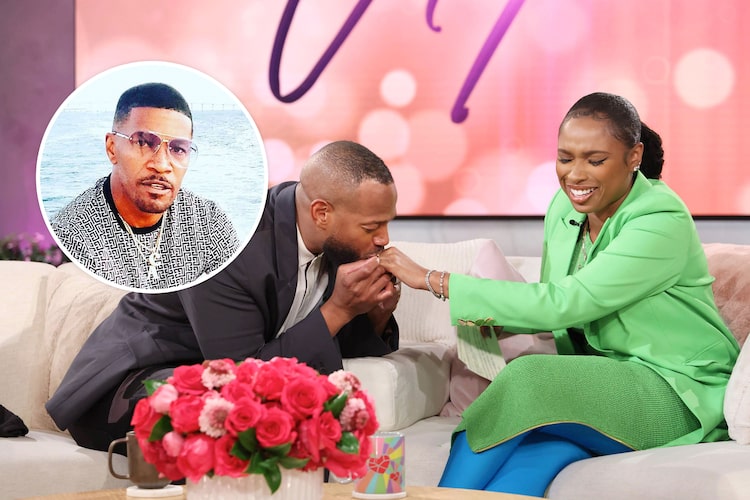 On Wednesday’s episode of “The Jennifer Hudson Show,” JHud interviewed her good friend Marlon Wayans, who portrayed her husband and manager in the 2021 Aretha Franklin biopic, “Respect.”

“When are we doing another movie together?” Marlon asked.

But before Jenn could answer, Marlon couldn’t stop admiring — and kissing — her EGOT ring, reminding everyone that she is the 17th person and the youngest female to achieve the honor.

“You are not about to floss your EGOT ring,” he exclaimed, adding, “I told her she was going to [achieve an EGOT]. I told you.”

“You did speak it into existence,” she replied.

Lo and behold, following the release of “Respect,” Jenn completed her EGOT when she won a Tony Award for co-producing Michael R. Jackson’s Broadway play, “A Strange Loop.”

“So I need another movie husband to tell me what I’m going to win next,” Jenn said.

“Well, if we do another movie together, I’m going to tell you,” Marlon said in response.

If Jenn and Marlon were to do another movie together, Marlon pitched that they portray actor Billy Dee Williams and Diana Ross, who starred in classic films such as 1972’s “Lady Sings the Blues” and 1975’s “Mahogany.”

While Marlon said parts of “Respect” were “so beautiful,” there were also “violent” elements, as his character was abusive toward Jenn’s. 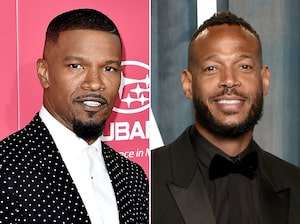 “I just want to remove that violence and add some comedy,” he explained.

In response, Jenn praised Marlon as “a brilliant mind.”

“I don’t think you get enough credit. This man is so smart.”

Also, “The Jennifer Hudson Show” has been nominated for Daytime Talk Show of 2022 at the People’s Choice Awards! Don't forget to vote! 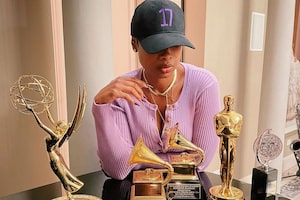 JHud Gears Up for Her 41st Birthday with the Ultimate Flex! 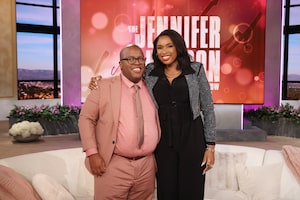 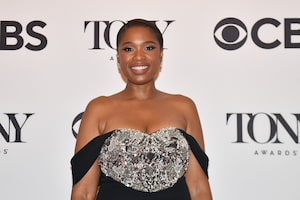