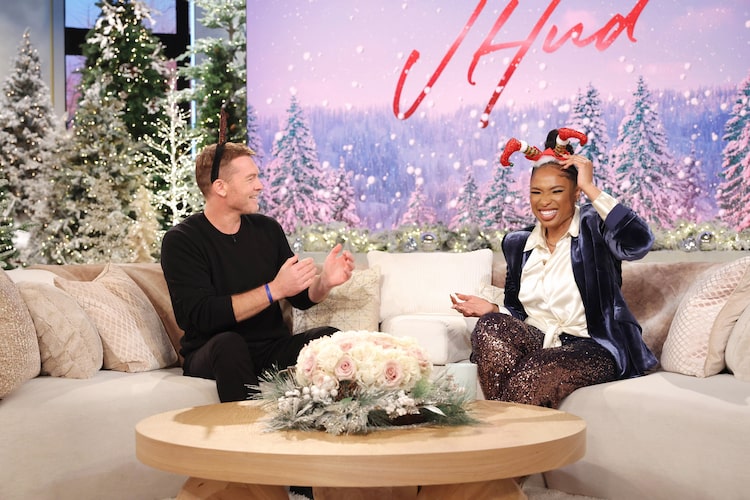 Sam Worthington was already in good spirits when he entered “The Jennifer Hudson Show” stage with festive headgear for both him and JHud. Sam then proceeded to gush over Jennifer, who stars with him in the upcoming action movie “Breathe.”

“I begged to come here,” he said of his appearance on the show. “I love Jennifer.”

“Breathe” tells the story of a mother, played by Jennifer, and daughter who are forced to live in an underground bunker and fight for their lives after Earth is made uninhabitable due to a lack of air supply.

The survival thriller is directed by Stefon Bristol, who also helmed the 2019 time travel movie “See You Yesterday.” Joining Sam and Jennifer in the cast are Milla Jovovich, Common, and Quvenzhané Wallis, who was nominated for an Academy Award for Best Actress at just 9 years old for her work in 2012’s “Beasts of the Southern Wild.”

The stars shot the movie this past summer in Philadelphia. Sam called Jennifer “fierce” in the movie, and Jennifer added that it was a great experience filming her first action movie.

If you can’t wait to see “Breathe” on the big screen, you can check out Sam Worthington in “Avatar 2: The Way of Water,” in theaters December 16, and Jennifer on “The Jennifer Hudson Show” every weekday!