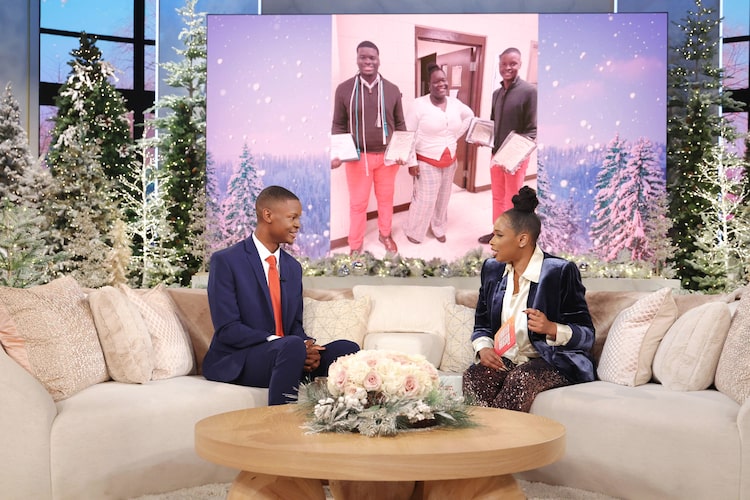 Jennifer Hudson was honored to meet Jaylen Smith, an 18-year-old who was just elected the youngest Black mayor in U.S. history. Jaylen, a college freshman, is now the mayor of Earle, Arkansas, a small town with a population of about 1,800 people.

Jaylen shared some advice for other young people who want to do good in their communities and the world at large by going into politics. Here’s what Jaylen had to say!

Get involved with student government

Jaylen credits joining his school’s student government association as a seventh-grader for inspiring him to keep moving forward with his political aspirations.

Jaylen attends college online at night and does his mayoral duties during the day. If it’s important, you can make time to chase your dreams and get an education, too!

Don’t forget that you’re never too young to succeed

“If your heart desires to make a difference in your community, it don’t matter what age you are — I want you to do just that,” Jaylen says.

Don’t be swayed by naysayers

“When I was running for mayor, people told me I was too young and I didn’t know anything and I just graduated high school,” he says. However, their words had the opposite effect on him. “Negative energy motivates me to move forward and prove people wrong,” he adds.

With a clear head and a positive outlook like that, no wonder Jaylen sees himself eventually being elected as a senator, followed by president of the United States!