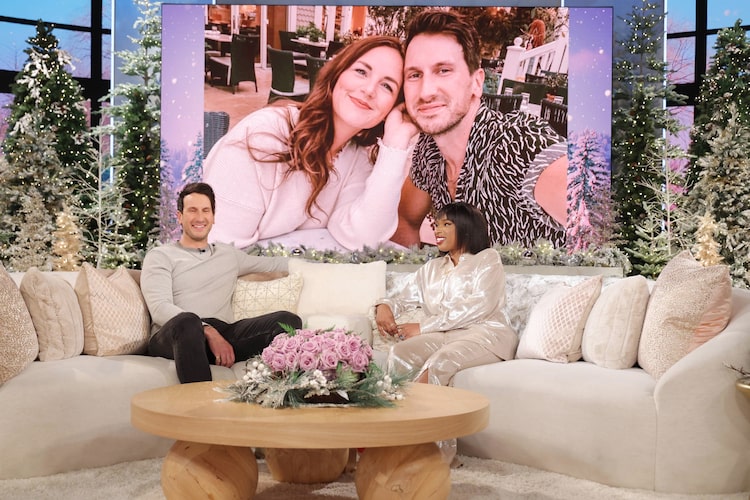 Russell Dickerson is convinced his deep singing voice made his wife fall for him. The country crooner opened up about his family on Tuesday’s episode of “The Jennifer Hudson Show,”gushing over his “angelic” spouse and talented son.

Here are the moments you don’t want to miss from his chat with Jennifer Hudson!

How Russell Dickerson Met His Wife
Country music star Russell Dickerson spoke to Jennifer Hudson about meeting his wife in college. The singer shared that they met at Belmont University and says he was singing classical music in his version of the moment she fell in love with him. Russell joked that his wife Kailey may not know it, but that was the moment he hooked her into the relationship!

Russell Dickerson’s Wife Is Obsessed with the Holidays
Russell spoke to Jennifer about how his family decorates for Christmas just two days after Halloween! The star opened up as the audience watched a third Christmas tree go up inside his home, courtesy of his holiday-fanatic wife’s Instagram footage!

Russell Dickerson Has a Sweet Nickname for His Son
Kailey and Russell Dickerson’s toddler son’s name is Remington but the pair affectionately refer to him as “Rem Dog Millionaire,” Russell revealed in his chat with JHud.

Remington is a Great Singer Already

Russell’s little boy may only be 2 years old, but he already has a great singing voice, according to the country crooner. Russell told Jennifer how his son sings “Jesus Loves Me” and “Rudolph the Red-Nosed Reindeer.”

Russell Dickerson Explains His New Album
His new self-titled album comprised 15 songs, and they just happen to be some his favorite tunes that he’s penned himself. Russell explained the backstory of some of his tracks to JHud, including his latest, “God Gave Me a Girl.” Calling the song his “aha moment” on the album, it follows a song that documents breaking up with his future wife while they were in college.