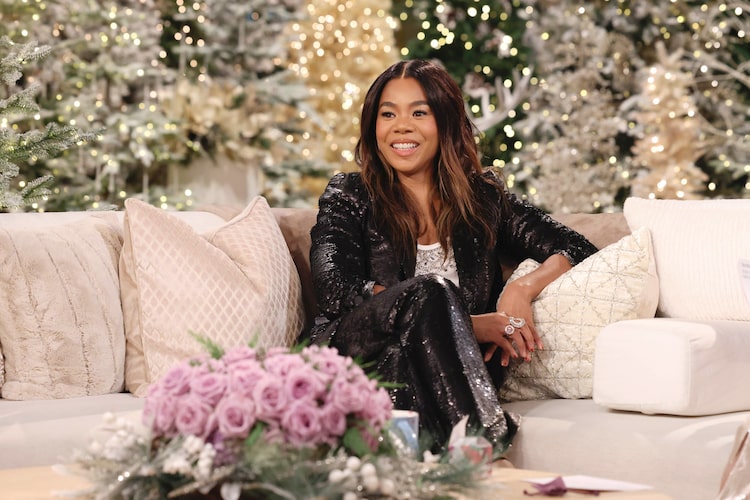 The comedy actress appeared on Tuesday’s episode of “The Jennifer Hudson Show” and shared her turnoffs during a girlfriend moment with JHud.

Check out the best of what the “Best Man: The Final Chapters” star had to say below.

Regina told Jennifer she investigated becoming a nun twice! The funnywoman shared that it was only because she got into a relationship that she ditched the idea the first time around.

The star admitted that she considered becoming a nun again, but realized she’d reached another cut-off because she’d had too many sexual partners!

During their chat, Jennifer and Regina bonded over having Marlon Wayans as their on-screen husband.

However, while Jennifer shared how much he spoiled her, Regina appeared shocked and told the host she had a different experience.

Regina Hall Had an ‘Awkward’ Crush on Her Gynecologist

Regina revealed that it wouldn’t be a dealbreaker if her spouse wanted to live in a separate home. The star also told JHud she had a crush on her gynecologist when she was around 21 years old.

Bad Tippers Are a Red Flag for Regina Hall

Regina Hall said being a bad tipper is a dating dealbreaker because she was once a waitress, and she uses it to gauge a person’s generosity.

The actress said it wouldn’t necessarily be a problem if she dated someone who didn’t want her to work.

However, she’d take into careful consideration how much money her other half was bringing to the table!