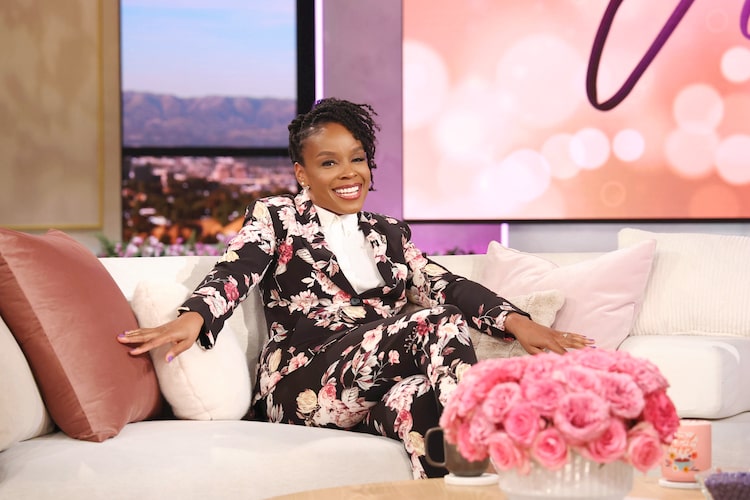 On Friday’s episode of “The Jennifer Hudson Show,” Jennifer interviewed the host of “The Amber Ruffin Show” and brought up rumors that Amber is going to replace “The Daily Show” presenter Trevor Noah. Last month, Trevor announced he will depart the show after seven years.

“I’m so for this!” Jenn said about the murmurs.

In response, Amber expressed gratitude that “people think of me for that position.”

“I think that is so cool and I’m so honored. Who knows, because I didn’t think I’d be on ‘The Jennifer Hudson Show,’” she said.

“I’m going to speak it into existence!” Jenn exclaimed. “I love that!”

Amber made history in 2014 when she became a writer for “Late Night with Seth Meyers” — making her the first Black woman to write for a late-night network talk show in the United States.

This groundbreaking accomplishment led Amber to hosting her own late-night show.

“The hour after [‘Late Night with Seth Meyers’] came available. I was like, ‘Maybe we could have a show,’” she recalled.

“We wrote it up, did not get that slot. Forgot that we even tried and then a year later, they were like, ‘A [streaming service] called Peacock is coming to life. Do you want to [have] a late-night show?’ Absolutely.”

However, the comedian “absolutely super did not” ever think this would happen.