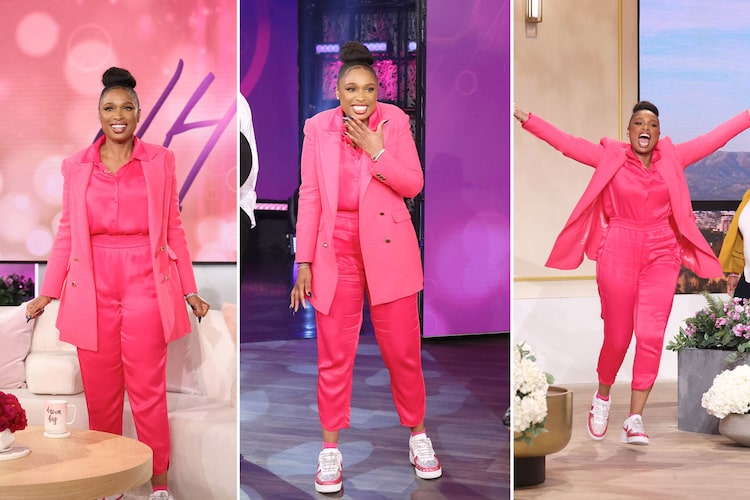 On Thursday’s episode of “The Jennifer Hudson Show,” JHud rocked an all-pink outfit comprising a vintage blazer, a Zara shirt and joggers, and Nike shoes.

Jenn went “pink on pink on pink” in support of Breast Cancer Awareness Month, a health campaign whose symbol is a pink ribbon, her stylist Verneccia “V” Étienne said.

In addition to showing support to survivors everywhere, Jenn wanted to highlight guest Stacy Harper, a single mother from Fayetteville, Arkansas, who was diagnosed with breast cancer before her 40th birthday.

Despite having a mastectomy and 11 lymph nodes removed, Stacy continued to run her nonprofit, Light House Solutions, which brings resources to children and families in her area.

Stacy is now cancer-free and thought she and her sister Lakisha Bradley were coming to the studio to do an interview for JenniferHudsonShow.com, but Jenn surprised them and brought them out onstage instead!

This isn’t the first time Jenn has worn pink — one of her favorite colors — to bring awareness to breast cancer.

Additionally, while interviewing chef José Andrés about his nonprofit World Central Kitchen, Jennifer wore a gold chain necklace that read, “Love” to send a message to those affected by Hurricane Fiona and Hurricane Ian.

“When I’m drunk and nostalgic, I go down a Leona Lewis YouTube hole and watch her auditions on [the British music competition show ‘The X-Factor’],” he told Jenn.

“She had this gentle, kind quality,” he added. “She came on every week without shoes. [She was this] other human being, and [had a] voice that was undeniably amazing.”

When Jennifer asked if he ever met her, Eddie said he saw her at a restaurant but did not speak to her. 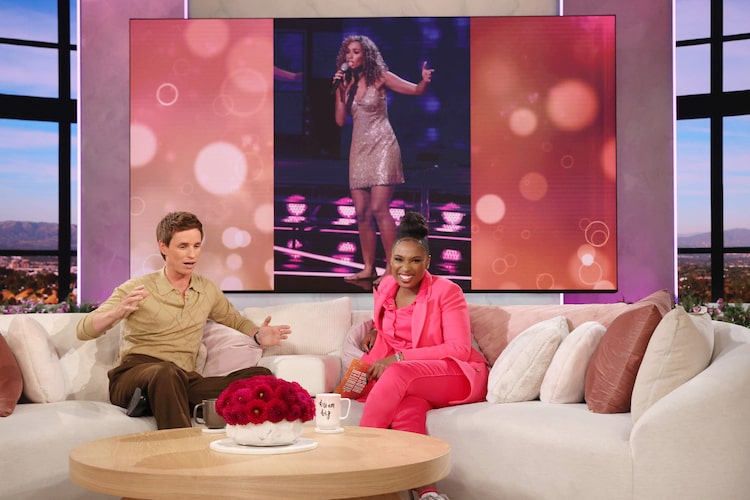 “Her talent is astonishing,” he added. 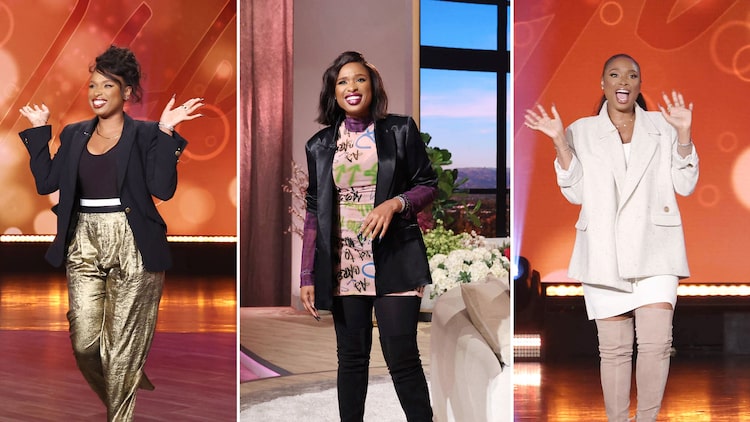 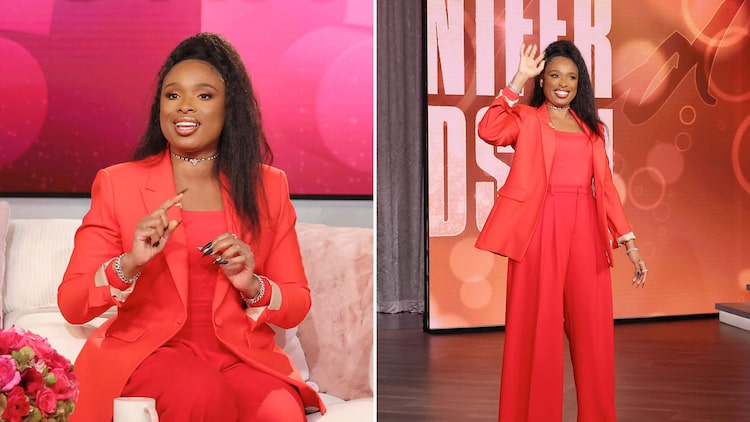 JHud’s Look Was Built Around These Dramatic Wide-Leg Trousers 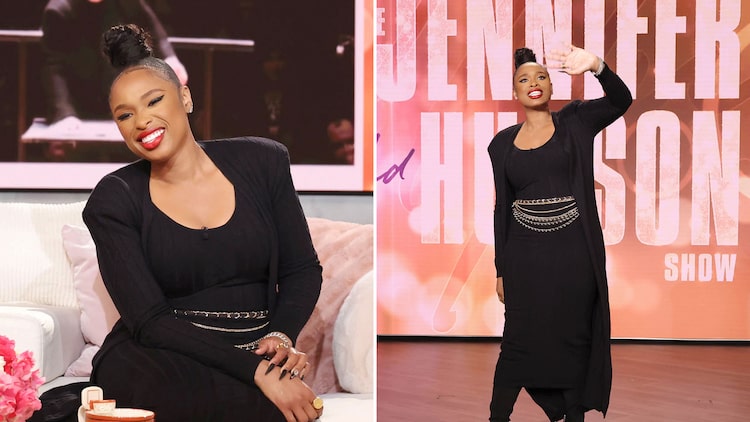 How JHud Accentuated Her Waist in This Chic Outfit 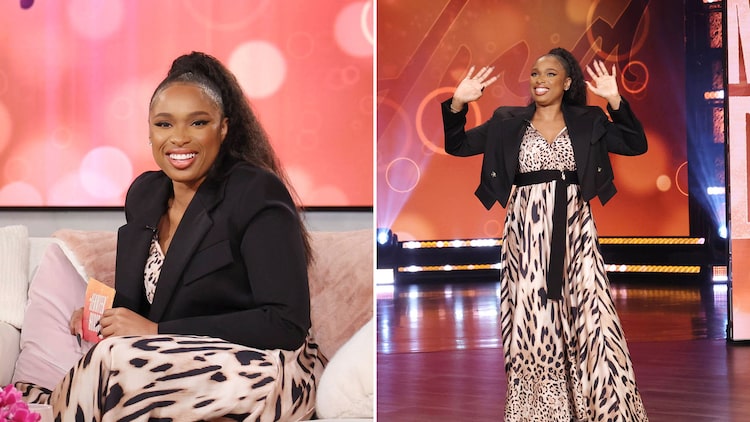 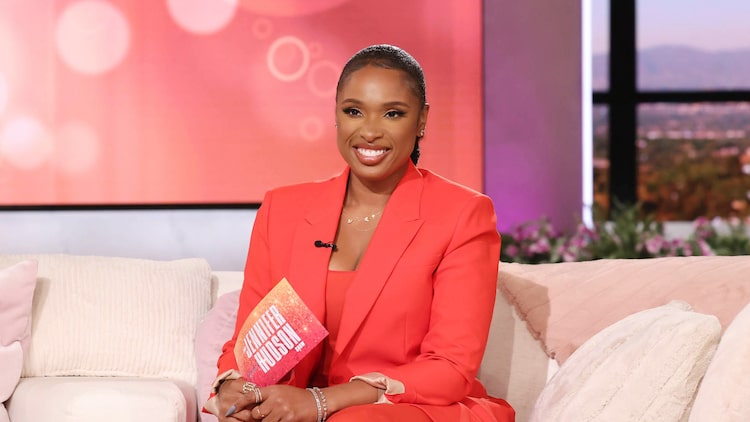 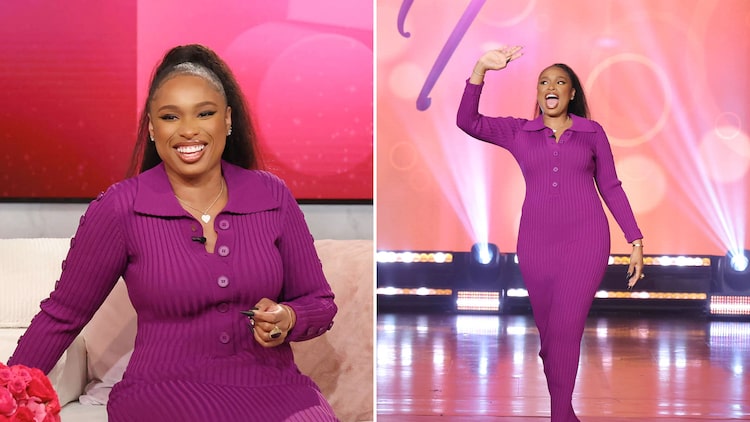 How JHud Learned to Walk Like Aretha Franklin (Clue: It’s All in the Dress!) 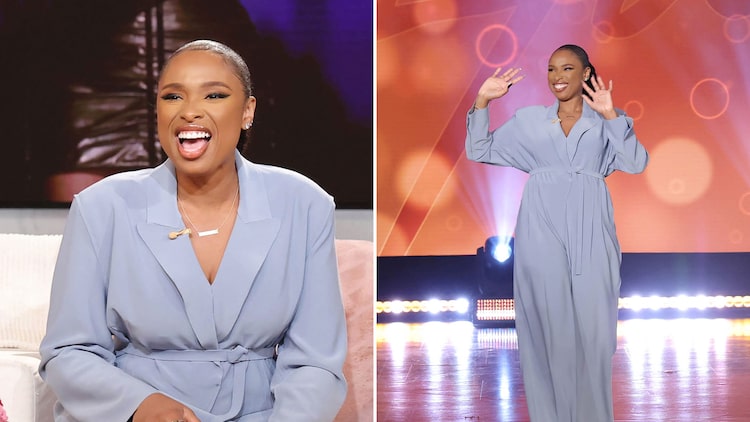