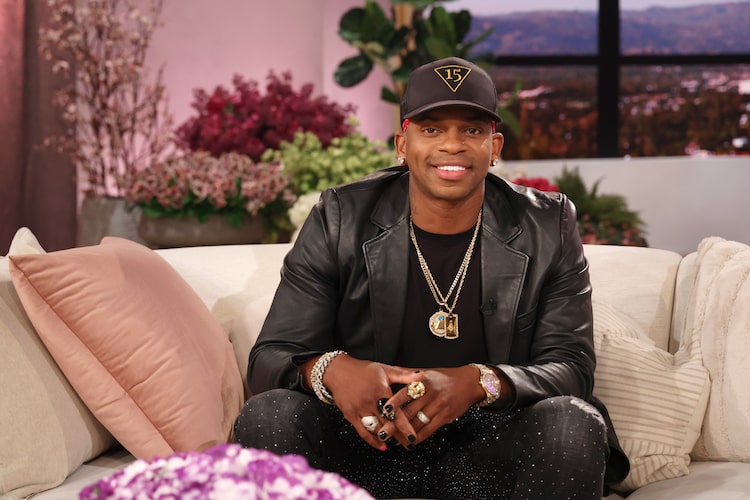 The country music singer is traveling the country with Carrie Underwood on The Denim & Rhinestones Tour, but when he gets offstage, he’ll get stuck into diaper duty right away.

The star sat down on Wednesday’s episode of “The Jennifer Hudson Show” and shared how even after singing in front of thousands of people each night, his wife brings him right back down to earth again by asking him to change diapers.

Jimmie will be on the road with his wife and youngest child, with dates on JimmieAllenMusic.com extending until March 2023.

The doting dad told Jennifer he loves changing diapers on the tour bus because it keeps him grounded.

“You are who you surround yourself with,” he told Jennifer, adding that their jobs are just that, and there is no difference between them and the people who clean up after them.

Jimmie explained how his college friends also help keep him in check, adding that they don’t care how famous he gets. “They will roast me during funerals.”

Elsewhere in the show Jimmie and Jennifer spoke about how they followed similar career paths, both being contestants on “American Idol” — Jimmie was on the season Scotty McCreery won — and mentors on “The Voice.”

Prior to going on “Idol” and subsequently touring with Scotty, Jimmie moved to Nashville with just $20 in his pocket on a quest to pursue his music dream.

Jimmie told Jennifer how he lived in a car for a couple of months, taking jobs as a waiter, at Walmart, and as a janitor in a middle school.

“Middle school boys are nasty,” he joked about having to clean up bathroom floors. “They don’t pee in the toilet.”