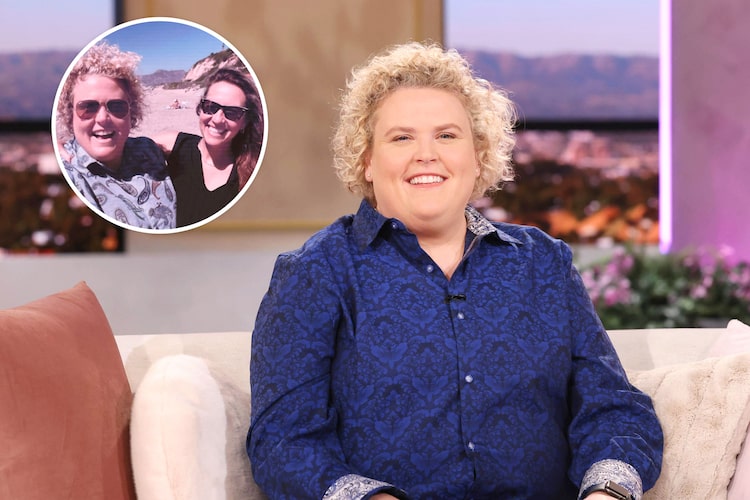 On Wednesday’s episode of “The Jennifer Hudson Show,” JHud asked the stand-up comedian how she popped the question to her wife Jacquelyn Smith, who Fortune met in Jenn’s hometown of Chicago at a Gay Pride festival.

She wanted a “Bachelor”-like proposal with candles and rose petals, but told Jennifer that she got a “crime scene” instead.

“It was weirdly lit with rose petals, like,, everywhere but just very chaotic,” Fortune said about the location. “Like somebody got a leaf blower and blew it around.”

Fortune said that while most people associate romantic events with red roses, her proposal featured white rose petals that were “half dead.”

Additionally, after a Google search, she later learned that white roses signify chastity.

“Chocolate-covered strawberries were put in front of a roaring fireplace, and [the] champagne on ice melted,” she added about the crazy scene.

To make matters worse, Fortune forgot to get down on one knee and simply blurted out, “You wanna?”

Fortunately, Jacquelyn said yes, and the two have been married for two years.

Elsewhere in the interview, Fortune talked about being in the Girl Scouts.

“We mainly hung around fires and braided each other’s hair and ate cupcakes,” she said about the experience.

While her brother was in the Boy Scouts and did adventurous activities, Fortune said she was “too dainty” to hang out with him and his friends.

“I’m like, ‘Who wants to do a massage train?’”she added about her Girl Scouts experience.