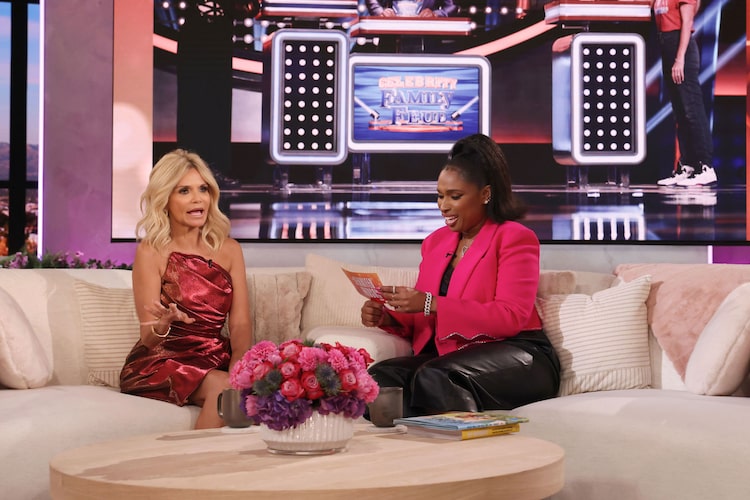 Kristin Chenoweth is embarrassed all over again after recalling her experience earlier this year on “Family Feud.” The singer and actress recounted what happened on the game show as she sat down to talk to JHud on Monday’s episode of “The Jennifer Hudson Show.”

When Jennifer — who’s a massive fan of the show hosted by Steve Harvey — asked Kristin about her experience, the star joked that her mom and dad feel like they can’t go to church anymore because of her naughty answer.

“Jennifer, I don’t know what’s wrong with me when I get nervous,” she sighed. “I don’t like games; I’d rather play Carnegie Hall or have a Pap smear.”

Kristin explained that Steve had just told the audience how she was one of the nicest people in Hollywood and a good Christian woman before her notorious moment occurred. On the advice of friends, her aim was simply to be first on the buzzer when Steve posed the question: “For a woman, besides the lips, where does she like to kiss a man?”

Kristin told viewers and the studio audience that she responded, “Rhymes with heinous.”

With her head in her hands, Kristin left the audience giggling and applauding as she asked, “Why couldn’t I have said cheek, arm, forehead?”

The star shared what her fiancé said in response to her answer and did her best impression of Steve Harvey’s “slow burn.” Watch the clip to hear what happened when a “Family Feud” viewer saw her in the mall, prompting Kristin to joke: “I will never be on ‘Family Feud’ again!”