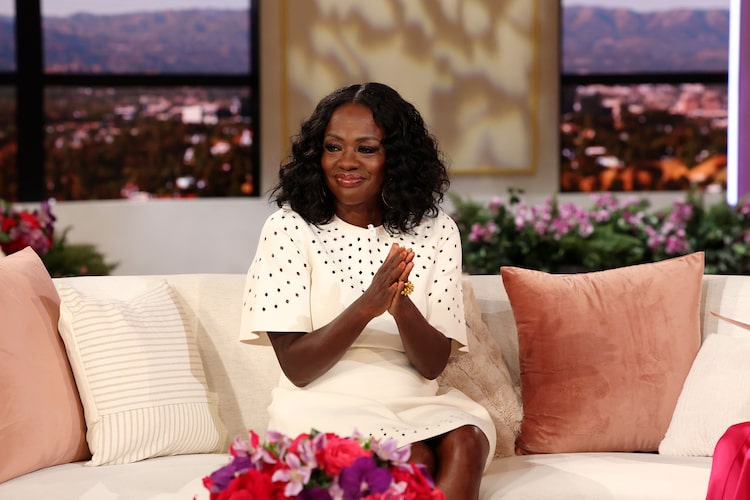 The “Woman King” actress sat down with Jennifer Hudson on Friday’s show and shared the hilarious story of how she navigated the special occasion of her religious commitment while preserving her freshly styled hair.

Viola told Jennifer and the studio audience how the whole church laughed at her as she admitted she had reservations about her tresses getting wet. But after some encouragement she took the plunge — all thanks to a Speedo.

As a compromise, the star put the swimwear on her head to receive her blessing.

Viola shared the funny anecdote as she told Jennifer about the “icing on the cake” when it came to meeting her husband of 19 years. Julius William Tennon is a former football player from Texas and is the embodiment of what she got down on her knees and prayed for 23 years ago.

Viola told Jennifer that she apparently spoke it into existence, as her relationship with former football player Julius manifested after she asked for a man who already had children, so he didn’t put any pressure on her. “And I said, ‘God, if you give me all of that, I’ll go to church.’” Three and a half weeks later, Julius — an actor who raised two children on his own — appeared on the horizon. “And the first thing he did… he invited me to church!” Viola exclaimed.

Watch Viola and Jennifer chat on the couch in the video.